A conversation with CEO Rich McBee

There is no question we live in interesting times. Whether on the global stage or in the fiercely competitive world of business communications and collaboration, both the environment and the competitors are changing. Mitel, a 45-year-old telecom equipment vendor, under the leadership of its CEO, Rich McBee, has embarked on a strategy of scale and cloud focus. In a sit down with McBee, he discussed where Mitel is, the successes in the transformation so far, the decision to take the company private, and the view forward.

The conversation started with a discussion of the changes that McBee has made in the last seven years as CEO. Mitel has made dramatic steps in McBee’s initial strategy of “rolling up the category” by acquiring other PBX vendors and consolidating them together. That strategy has resulted in doubling the overall revenue of Mitel and a substantial change in the company market position. Over the last seven years, Mitel has gone from being ranked around No. 10 to being ranked No. 3 or 4, depending on the way you break out the market, now residing in the top four providers globally alongside NEC, Cisco, and Avaya. 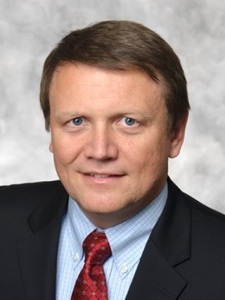 In fact, according to T3i, in 2017, all four of these providers were within all about the same line shipment volume, with 2% of share. The company has moved from being primarily North American focused to a No. 1 market share position for on-site solutions in Europe. Further, the Mitel installed base of 70 million endpoints is a major asset to build on in the move to cloud. In fact, if just 10% of that base were to move to Mitel cloud solutions, the 7 million cloud seats would make Mitel the largest current UCaaS vendor by far.

One key area McBee and his team recognized early was the use of virtualization in the deployment of communications solutions. Mitel partnered with VMWare and was the early leader in virtualization. According to McBee, this was a two-fold strategy — first to win in the market in virtualization, but also to begin the transition to the cloud by enabling its customers to deploy their solutions in a private cloud environment. Private cloud is considered by many customers to be a significant step on the way to UCaaS — one that may last for many years, McBee emphasized. He believes strongly that offering both private and public cloud is critical to the coming transition. In fact, when private and public cloud deployments are considered together, Mitel is already the largest UCaaS provider today.

And that transition, referred to by McBee as the “V” of revenue, is a major concern for the management team. The challenge is that the revenue from an on-site purchase is highly front-loaded of revenue from a typical customer, as shown in the diagram below. However, the UCaaS revenue is much more even over the period (five years in the diagram). The result, as customers move from an on-site purchase to buying a cloud subscription solution, is that some of the revenue is reduced/delayed. As shown in the right side of the diagram, as the mix of customers moves from on-site to cloud, the impact on the revenue in the transition is shown for company overall as the “V” that McBee identified. While in the end, the overall value of a UCaaS customer may be greater, the transition has a negative revenue impact. For a vendor like Mitel where the channel provides traditional services and sells to the mid-market where upgrades and support are less regular, as much as 40% to 60% of the 20-year total cost of ownership may occur in the first year.

McBee sees transitioning from this front-loaded revenue model to the new monthly model of UCaaS as the next strategic challenge. Every customer or prospect that decides on the public cloud monthly subscription model results in a reduction of immediate revenue for the vendor but represents an opportunity to increase the actual revenue and profit over time. As 10% or more of the base is going through the upgrade/replace decision annually (the number is increased due to the consideration of cloud), the percentage of revenue that can be impacted by this model change can be significant.

The challenge of the premises-to-cloud transition was reflected in the Mitel stock price before the announcement of the private offer in April from a Searchlight Capital Partners-led group. The stock market has traditionally valued Mitel primarily as a customer-owned hardware manufacturer. The addition of Mavenir — a hot growth 4G/5G wireless equipment vendor that Mitel purchased in 2015 and sold off to Xura a year and a half later — did not change the stock valuation significantly. As McBee said, the market evaluates you based on the largest part of your business. As an example, he pointed to how Vonage is evaluated on its consumer business, a lower value but larger commodity play versus the smaller UCaaS segment.

A great example of this is comparing Mitel to RingCentral. While Mitel claims about 70 million installed base seats, RingCentral has only between 1 and 1.5 million. However, RingCentral is valued at about $5 billion, while Mitel was only worth about $1.25 billion before the private offer. Clearly, McBee believes that Mitel should be evaluated not on its historical on-site hardware business, but rather on its growing recurring revenue UCaaS business. And the opportunity for a 4x increase in stock price is a tantalizing prospect.

The real challenges, according to McBee, are for Mitel to cross the “V” to a recurring sales model and to change the valuation perception of the company from a traditional hardware vendor to a SaaS model that is highly prized by the investment community. McBee said that the Mavenir experience emphasized the incredible challenges of doing this while being a public company in today’s short-term investment markets.

A focus on effectively managing the UCaaS transition led to considering private equity (PE), both to best serve customers during the transition and to maximize current shareholder value. Searchlight Capital had the right characteristics as a PE partner for Mitel; it believes in the strategy and is not looking to add it to another portfolio company or restructure.

McBee firmly believes that being private will enable Mitel to cross the “V” and to build the level of recurring revenue user base that the investment market will more appropriately value. One area that McBee was very concerned about was the reputation of PE firms to quickly break up and “part out” companies to maximize immediate value. In the discussions with Searchlight before the sale, he said he was confident that the group would support the company strategy and was in for the long haul. This was a critical factor in the final decision to go private.

The strategy and focus of the company will not change, McBee indicated. It’s focused on acquiring existing installed bases where the financials are right; building cloud-based applications value for the large base of premises users; and providing a world-class UCaaS solution, for new customers, but also as the logical migration to the cloud for the existing installed base.

As McBee sees it, the company becoming private provides the flexibility needed to invest in the right areas while managing the transition without the public market emphasis on short-term results and predictability. Being private provides Mitel with degrees of freedom to manage the transition that is not available as a public company with quarterly scrutiny. McBee does not see the PE move changing strategy or impacting Mitel customers or channels, but just providing the ability to accelerate change and deliver value. The company’s strategy of leveraging the complementary work done by companies like VMWare, Google, and Amazon will continue and accelerate to meet customer needs for integrated solutions, he added.

McBee discussed the history of PE in the UC market: over the last 10 years, PE has had a major impact on our industry; unfortunately, in many cases, the impact was negative, both for the company and often for its customers. The huge acquisition of Avaya by TPG and Silver Lake, and the subsequent purchase of Nortel, led to one of the largest bankruptcies in the enterprise space.

The PE path of Siemens/Unify via The Gores Group was also a challenge and has now left the company as part of a much larger services organization in Atos. These data points, combined with the horror stories of PE in the news give pause to the Mitel ecosystem of customers, channels, and partners. PE firms have been actively betting on SaaS companies because they like the predictability of the business model, McBee said. Further, he added, this move is driven by strategy, not by greed or other problems.

McBee feels the move to private equity enables Mitel to deliver the best value to the market by enabling their business model to help customers to transition to UCaaS in the best possible way. While time will tell if McBee and the Mitel team can achieve their strategy, the company may be much more valuable as a UCaaS cloud company after this transition.